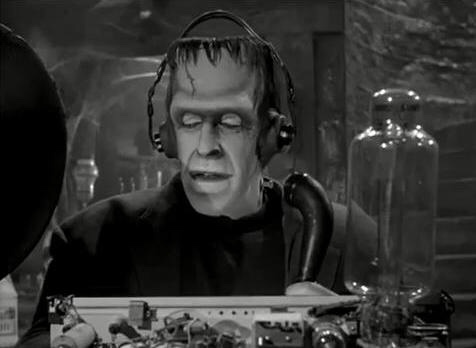 One of the best uses for enterprise instant messaging apps is to engage in a backchannel conversation while engaged in a tedious conference call. It's an excellent stage for comedy. Talking back to the screen has a long and entertaining history.

Social media, when it's not just a curated newsfeed, is a backchannel. It's a hallway conversation that comments about what's going on. Slipping advertisements into a newsfeed is what television and radio have been doing all along. It's what newspapers do. No one has really successfully monetized the backchannel.

The various social media provide backchannel tools. When a presidential election debate is on television, the backchannel is sometimes the most amusing way to watch it. The jokes are quick, in real time, and sometimes really provide the best insights into what's going on. The regular news media generally waits until the event is over before weighing in with their official analysis. But during the show, they've got their own backchannel going.

The backchannel must constantly step out of the light in order to provide the proper cover for the kind of conversations it hosts. The best hope of those trying to monetize the backchannel is to create a front channel and call it a backchannel.

Of course, the best place to learn about those kind of efforts is on the backchannel–that's where you'll hear the best jokes about them…